Rape is now very rampant in the society we live, and most of it’s victims are never the same after the incident according to reports. But you can try not to become a victim of rape. Today on let’s talk, you will see how to avoid rape from this story. It might not really work in all cases, but still, this should be what you should hear. 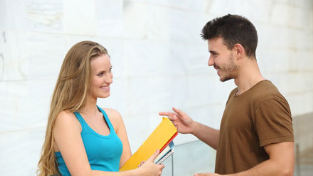 In 2010, I wrote my final exams for my national diploma and was extremely happy to have finished one phase of my education. After the exam, I and my course mates were supposed to defend our projects which we all have been on for some time. I finally submitted the last part of my project work(the manuscript)  to my supervisor to go through, I knew it would take sometime for her to go through the written project and make some corrections so I decided on something.

My house rent had not really expired as I finished my exam in September while the rent was supposed to elapse in December. I wanted to lock the door and go home with the key, but I was made to believe it is wrong, since I had finished my papers, I should make the house available for new intakes to rent. I thought about it,  moreover when I am coming back I won’t even stay long,  it’s just to type defend  and submit my project. So I parked all my properties that needs to go home and left the ones that would still be in school at my apartment with the intention of giving them to those I should give them to.

As at when I left, I knew when I am going back for my defense,  I won’t live in that house anymore so I told a friend I called a brother(Victor)  that I had parked my things and when I am coming for my project defense, I will stay at his place while in school which he obliged. Meanwhile, while I was still in school, I had asked him where in lives and the kind of apartment he stays, he called a particular street and the type of house he lived. This guy was so close to me, I mean very close because we happen to belong to same fellowship then in school.

I stayed at home almost two weeks before I finally went back for my project defense, before I left home,  I called Victor telling him I was on my way, he said I should call him the minute I get to school. After the vehicle I took from home dropped me, I took a bike and told the bike rider that I was going to the street Victor had told me he lived and went to the particular lodge he had described earlier on. When I got there,  I called him to come out since he said he was at home, that was when Victor asked me to tell the bike rider to turn back and drive me to a particular street, I was confused,  I thought he said he lives….

I decided to do what he asked, he waited by the road side close to his house  to pick me, at first when the driver dropped me, I thought I was in another world, I was asking myself, where in this area does this boy lives?

Victor looked at me and gave me a look I was yet to understand,  I paid the bike rider and left.
As Victor and I were walking, I was asking him where he lives exactly, all he said was “hold on, I will take you there”.

When we finally got to his house,  I was shocked. The street and apartment he said he lived was a lie. He lives in one small apartment with little or nothing in it. The question I asked was, why did you lie? While I was in school, you saw my apartment I lived in, I never for once acted like my way of life is higher than yours, why were you trying to live a life you’re not up to? Did I ever made you feel inferior? I am not even from a rich home, so who are you trying to impress?  Those were the questions I asked him. All victor could say was I am sorry. I asked, ” why did you lie”?  I just want to know, he replied and said nothing. Seriously I was dissapointed, first I wasn’t expecting him to be rich, but why was he claiming what he is not?