See, this is not a story you should over look. If you take statistics out there,you will see so many persons suffering from crimes they never committed. This truely might not be what you will do all the time but you need to hear this from Sarah’s story. 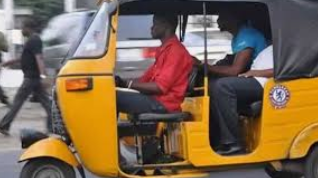 It was on a Thursday, I went  to my tailor’s shop to check  a cloth that she had sown for me. She was actually the one that called me to come over to test it and check if it fits properly. I wore the dress and the necessary amendment that needed to be done were noted. I couldn’t wait for her to finish the amendment as I have got some things to tidy at home.

The minute I finished with her, I left her shop and walked to the main road to get a vehicle.

I waved down a particular tricycle and entered. The tricycle had two passengers already at the back seat, so when I joined, we became three passengers altogether.

We have not driven up three (3) meters when our vehicle was stopped by some police men. They asked everyone to get down,  started checking and interrogating us, what is my concern? They can check, I don’t care moreover a clear conscience fear no accusations but I never knew a clear conscience could be questioned.

There was this particular young boy with dreaded hair that was in the tricycle, guess he was the one that attracted those police men. He was asked where he was going to and what he had in his pockets. He said he had just his mobile phone and was going to a particular place with his girlfriend. What? Guess who he pointed as his girlfriend, me.

Me?  I asked,  my God! I have never seen this boy before, infact when I entered the tricycle,I didn’t even looked his way. I told the police men that I don’t know him but they doubted me. They wanted taking us to the station. What? I am not going anywhere, I don’t know him, I am married. I kept repeating those words over and over as I couldn’t keep calm. One of the police men decided to give me a listening ear,  he took my phone,  asked for my husband’s name  and  what I used in saving my husband’s contact, I told him and he asked me to call my husband’s number off head which I did. He dialed my husband’s  number and asked him some questions including asking him his wife’s name and how she looks. My husband told them my name and gave my exact description, the police man even asked my husband to call my  phone number off head which he did.
It was after the call that the police officer believed I wasn’t with that boy,  he turned to the boy and asked again,  did you say this woman is with you?  He responded “no”.

The police officer further asked him why he first claimed I am his girlfriend, he replied and said that he was scared and if he says he is with me, they might not bother checking him or asked further questions. I came down from the tricycle, took another tricycle and went home.

When I got home, I started pondering over what had happened.

I now understand how innocent people get involved in things they know nothing about and also how the armed forces harass innocent people and as such, people may want to lie to protect themselves.

HOW I HANDLED THE SITUATION
If I had stayed calm, I would have been taken to the police station for further questioning and in this country, anyone that gets to that station, wether guilty or innocent doesn’t come out without spending money. I knew about this truth and that was why I was constantly and consistently shouting on top of my voice.

MY ADVISE
Many persons have been killed because of wrong accusations leveled on them, we all should be careful, know when you need to talk, don’t always keep mute. Sometimes , speaking up could help you.

Now let’s talk,
1) Do you feel this young boy is justified for his actions?
2) If you were Sarah, what will you do?
3) What lesson did you learnt from her experience?