Skip to content
Marriage is beautiful, and the reason is fantastic. But can a person get into marriage to suffer? You probably may answer that question.
Everyone has a choice as to whom to marry and what time in their life to marry, but in Nigeria and many countries today, the reverse is the case.
People, mostly young teenage girls, are forced into untold hardship in the name of marriage.
Parents of these teenage girls tend to give their reasons for their acts, but is it valid?
Does anyone have the right to rob anyone of their future?
The story below should explain why you need to think before giving out that child in marriage. 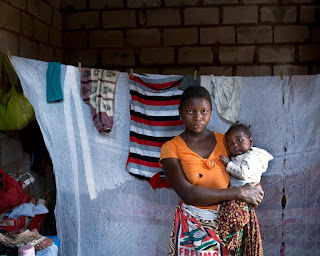 There was a time in my home when things were going well as planned, but suddenly, everything changed, things became hardened, and I started seeing life in a different way (so tricky).

My dad was sacked from work, my mum’s provision shop, which was generous support to the family, went down.  Instead of being idle, she became a food vendor.

Paying school fees became a big challenge as we became debtors in owing school fees.
It got to a point where my classmates started laughing and making mockery because my principal always comes to class to disgrace me as my parents couldn’t pay my fees for long.
My dad suggested we (his children) stopped school, but my mum disagreed with my dad’s suggestion.

My dad, on his way home one day, met one of the parents of my classmate (Gina), the man, who was a chief, gave my dad fifty thousand naira and asked my dad for something that caused him a shock. Guess what he asked, my dad! He asked my dad to give my hand in marriage to him and promised that he would do anything for my dad and family.

When my dad got home that day, he didn’t mention anything to me; we did our regular activities for that evening and went to bed.

The next morning, I went to school and was surprised at how Gina was looking at me. She came close to me and said, ” very soon somebody would become part of my family as my step mum, while I will be in the best University, later on, some people would be carrying babies on their back.” I wasn’t bothered by anything she had said, I mean, what my business with her getting a step mum is? I felt she was just blabbing and being childish.

That evening when I got home from school, I saw my dad eating chicken, enjoying himself with some drinks on the table, and very happy. I bet I haven’t seen my dad in this mood for quite some time. He asked that I joined him in eating and dining; my thoughts were, maybe he has been called back at his place of work. I joined him, of course, I ate and dined with him and was also happy. After we finished eating, I cleared the place, took the plates out, and asked me to come back when I am done as he has something essential to discuss with me.

He started by,  ” Please, my daughter, don’t get upset on what I’m about telling you.” I was blank, what is this man trying to say that he has started apologizing for even before spitting it out?

He continued, ” my daughter, please marry Gina’s father, you know how things have been for us in this family, if you marry him, everything will become alright again” just as my dad was saying it, my mum walked in. She obstructed my dad from talking further, pointing out that her daughter can never marry an older man like Gina’s father. She said I was too young to be lured into marriage as all she wants is for her kids to get a good education.
Would the father agree to the mother’s plea?