People meet in different ways, and there have been stories as regards that; some get into relationships with people they meet in a street, vehicle, bar, club, church, parties, and even on social media.

You may want to attest that most times,  people get into relationships with high hopes and expecting the best of it. Now, take a look at it from this perspective.  What if it didn’t go as planned and you get heartbroken?  What will you do?
See how you can get through a heart from this story. 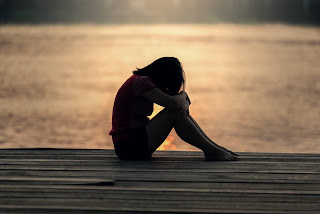 I met a guy online in 2019; we belonged to the same social cycle. The cycle was more like family as we (though I thought so) saw ourselves as brothers and sisters.

How did we become close?

He (Moses), like others, was a member of the group who was a bit active, and I was also very active at a time. I ran out of data and was yet to receive my salary, so I could not make my subscription for that month. I went offline for days when Moses saw I, who was very active, was no longer active. He decided to reach out to me to know what the cause is; at first, I didn’t want to tell him why but on second thought, we are family.

I opened up to him and told him why I had been offline; he asked that I send my phone number used in browsing and how much I do subscribe on a norm. When I told him he immediately bought data for me,  I was just too surprised cause I wasn’t expecting him to help out plus the fact that I didn’t even ask for it.

After he helped out,  I thanked him very well,  like I almost lacked words to tell him how grateful I was. We talked for some time and ended the conversation.

A few days later,  he called me on WhatsApp video call, trust me, I was surprised; we had another conversation for a long time and ended it.

From that moment, we became very close, like he could check on me non stop. I can’t remember what brought up the conversation, but I asked about his girlfriend; he said, “he is in a relationship, but it’s complicated. ”  I smiled because I have heard that phrase couple of times, yet the spouses remained.

I already had made it clear to myself that I am just friends with Moses and nothing more. Not quite long, he asked me out; I was a bit surprised, then I asked again, I
thought you said you’re still dating your girlfriend? He replied, “yes,  but the relationship is cold and not working. ”  I told him to quit if he truly knows the relationship is not working,  but he was dumbfounded. I asked why their relationship was cold and the duration it has been like that.

He said its been like that for months and told me a story of what happened, though I was a bit skeptical because the information didn’t go down well with me.

A few weeks later, I found out I was already in love with him; I rebuked myself and asked myself, ” how can you be in love with him? I knew he was still dating his girlfriend. I thought of something that I should do just to end everything.  I immediately stopped talking to him, told him to leave me alone, and blocked him, hoping that it would help me forget and move on. I was ok with my decision till he called and said he didn’t hurt me, but I was the one that had hurt him; I just don’t know, but I started feeling guilty and started asking myself a question. Is that the right way to treat someone even if you don’t want him in your life?

I unblocked him again, and we started chatting again, he told me he was done with the other girl, that it is no longer working between them, and it’s me he wants as he loves me too much.

I wasn’t entirely off or say stupid; I had aad something similar to this before. But what can I do?  How am I expected to win if I never tried?  Those were the questions I kept asking myself.

What do you think I should do?