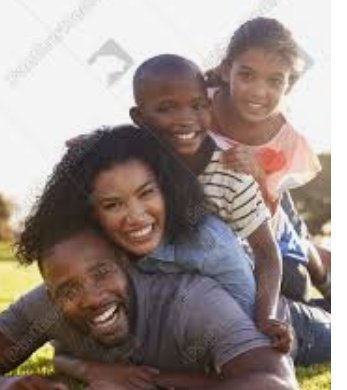 There was a time I went to visit my mum in the village,  I had actually lived there before going to the city. My mum asked my brother and I to get some fresh pepper from her farm, on getting there, we saw an average aged woman plucking pepper from my mum’s farm so we asked why she was plucking without even taking permission, she didn’t give us a good answer, since she was our elder,  we didn’t want to batter words with her as she only saw us as kids. We quickly rushed home to tell our mum what we saw, my mum immediately followed us to the farm, when we got there, she was still in the farm, my mum asked her the same question we had asked earlier on, the reply she gave was” I want to use it to cook at home “,  but that wasn’t actually the problem, my mum was looking at her strangely, you want to use a pocket full of peper to cook?  Who does that?  “First, you’re not supposed to come into my farm without my permission coupled with the fact that the amount of pepper you have plucked could be use more than twenty times to cook. It is crystal clear you have another motive”, my mum said.

My mum immediately went to report her to the community leader, the lady was summoned, and asked some questions but after everything, my mum was asked to forget about the issue and forgive her and my mum obliged. But guess what,  the whole pepper in the farm died, we didn’t get anything (pepper) from the farm again. My mum was a bit concern about the turn out of things but she just choose to let it slide.

Two weeks later, this same woman went to our plantain farm to pluck plantain and was caught again, we reported her to my mum but this time my mum decided she won’t go to report her to the community chairman as nothing would be done, so she threatened the woman that she would get her arrested, to my mum’s greatest surprise,  she had started pleading.  My mum was broken down by her pleads and decided to let her be but warned her to stop going into people’s farm without permission. My mum was shocked the second time as the same plantain that ,  this lady touched and every other plant in the farm had all died again, this time my mum decided that she would stay away from this woman.

Weeks later, we started experiencing different things, the day I don’t fall sick, my siblings will fall sick,  we started seeing some funny things in our home. My brother suddenly fell ill and was taken to the hospital, the doctor opted for an operation which my mum consented to. He was immediately taken to the the theater and the operation was carried out, after the operation the doctor was stitching the operated part but it was re-opening. The place refused to stitch together, not that my brother was using any bleaching product,  but as God will have it, things fell into places and the whole operation was done.
One nurse in the hospital gave my my brother an injection cause of the operation he had but the injection turned into something else,  my brother’s leg started deteriorating, like getting rotten. The doctor advised that the leg be amputated but my mum refused stating that, he carried his son there for an operation in his stomach and not for his leg,  how can someone who had nothing wrong with his leg suddenly develop leg issue cause of an injection? You know what? The nurse that gave my brother the injection was no where to be found and didn’t go to that hospital till my brother was discharged. Yes, my mum refused to do the doctor’s bidding, she took my brother somewhere else to be treated without his legs been cut off. It was a time of great trials, if I begin to narrate what eventually happened to the people my mum took my brother to,  that will be a story for another day. But at last, we got the victory but not as easy as you would think. My mum had to do something she ordinarily won’t do because the problems were just piling up one after the other.

HOW I HANDLED THE SITUATION
May be my mum was not too strong as Christian per say, but if it was now she might probably not have done it. My mum was advised by others in the community that knows the woman very well to plead with her. My mum bought wine and went to beg this lady, funny, right?  But that was the end of all the saga then. But I know such won’t even happen again as my mum beware of such diabolic people.

MY ADVISE
Always know who you confront. Are you equal to him or her physically and spiritually? Ask your self this question and avoid problems. When you can’t handle something physically, go to your God and talk to Him, He hears you.

Now let’s talk
1)When she saw the woman plucking from her farm, what was she supposed to do?
2) What could have been the best way to handle the situation?
3) What will you do when faced with someone like that woman and the turn out of things?