Today on let’s talk, Gift will be sharing how she overcame an emotional trauma. 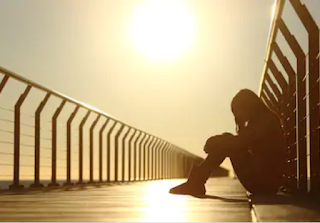 People would always say that,  the patient dog eats the fattest bone and we should fight for what we want, but what if what we want does not want us or not in line with God’s will for us, what should we do?

While I was in my final year in school, I was some how close to so many persons in school, helping and assisting in explaining in details what was taught in class and other things that involves education to other course mates of mine.

There was this particular course mate of mine whose name was Nelson, the previous year, his black berry phone was stolen and asked me to help him track the person who had the phone in his possession. The question I asked was how I would help him, he said that he had somehow tracked the number of the person using the phone and want me to get the person’s location by been friends with him. I actually accepted to do it, I got talking with the person involved but seem he knew the  phone he was using was actually stolen and it’s very possible they must have gotten his number when he inserted his sim card in the phone so he didn’t really gave me attention, I told Nelson about the situation and asked that I should just forget  about the phone and the boy.

Back to our final year in school, Nelson requested to know my residence , I obliged and welcomed him. He had this responsible look , he is a type a responsible girl would really want to date.
We kept rolling as friends for some time till he finally asked me out,  I was skeptical and on the long run I was already in love with him, the question running through my head was, ” is it that this boy does not have a girlfriend”?. I asked myself this question and as time went by , I decided to ask him this same question . I asked and he told me he was single. I asked this same question more than six times yet he kept saying the same thing.
We started dating but I decided to keep it secret ,I didn’t want any distraction, especially course mate always asking “are you dating him”? . I truly focused on my studies as I planned telling my close friends when we have graduated not knowing I was the only one who does not even know I am dating him.

There was a particular day my battery went flat so I was looking for where to charge my phone, I went to my course mate’s  lodge (Jossy) to charge only to find out she had travelled for the weekend. Jossy’s house was not far from Nelson’s house , so I thought,why not give him a surprise visit?
I went to his house , met him and his cousin then saw a female course mate of mine coming out from the kitchen, Nelson was no longer the same, I know his cousin’s girlfriend, so definitely this girl isn’t dating his cousin. I went blank immediately, I was broken, I felt my heart beating so fast, I held myself back from shedding tears, all I want was to go home but it started raining and had to wait for the rain to stop. It was late so she also had to go home, Nelson and his cousin walked us down, Nelson was totally confused, he was behaving restless. We got to a particular place and I asked him to see his girlfriend off that I can take care of myself , I was just too upset but didn’t react, I finally asked his cousin to see me off while he see his girlfriend off, this was already six months into the relationship.

Click to continue
Health 2 – How I overcame a trauma