My dad asked him to bring the quit notice paper at least to know when we are expected to leave the compound; he replied, ” you will hear from me on Monday.”

I knew within myself that it was something planned by him and his wife and has been for long waiting for the right moment to strike.
Very early the preceding Monday, someone was sent from the court to give us the quit notice paper, and as expected, my dad signed to acknowledge he had received the letter. This was where the actual problem started. 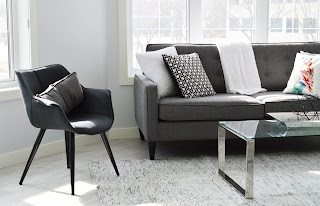 Seeing what the landlord and his wife has turned into, we started staying on our own. I thought within myself, how can you do this to someone that has never quarreled or argued with you? I swear this man and his wife can kill someone, I said to myself. So it’s better that everyone stays on their own, greets each, and goes their separate ways.

After that Monday, different things started happening, the landlady that does all her stuff typically in her kitchen now come out to wash beans and throw shares downstairs.

When my mum talked, she insulted her, of course, my mom was older, I came out and told her to stop insulting my mum, but then, she pounced on my sister and me, and trust me, we dished out her portion to her. She told me I should go and get married, told my sister that she would never get married, and my reply was, ” you are a barren witch you will never give birth.” People would always say, “don’t mock people who have not given birth or yet to get married.” Excellent and acceptable, she insulted me first, and I gave it back to her in return.

Not quite long, the husband had an accident (not even known to us), plus he had also developed a partial stroke. He brought a witch doctor to the compound to spray some rubbish in the compound and did some other things.
I came back from work one day and found that the gate to my compound was locked, I saw the evil woman talking outside that no one would enter, I paused and called my mum, and that was when I discovered that the landlord supported by his wife,  brought the same witch doctor to bury some items (diabolic) at our back yard, very close to our kitchen ( the items include tortoise cut into two parts, dog cut into two pieces, a bird with the neck bent, unripe plantain, palm oil and Nigeria currency of different denominations), after burying them, he lights a candle and places on top of the grave he had created.

My mum and younger brother saw them and dug the items out, his wife saw them digging it out, and that was where the problem started again. She called her husband to come back home, stating that what he buried had been uprooted; he came back very upset and was advised by his lawyer to arrest my dad.
I went somewhere else and stayed till evening when my dad came back from work and asked them to open the gate so he can enter his rented apartment.

After we had entered, I gave her my part again; I insulted the daylight out of her. I told her,” you call yourself a Christian, yet you’re the one helping your husband to do such diabolical things. Not quite long, the landlord came with a policeman who gave my dad a notice to appear at the station the next day with my mum, brother, and himself for questioning.

My dad went to the station with my mum and brother, and guess what; they were detained. It was on a Saturday, and courts don’t operate on that day, how do our family lawyer seek bail? My dad couldn’t allow his wife to sleep in the cell, so he called some persons who helped with money to bail three of them. The matter was in the station for long after which they loosed as the police in charge of the case didn’t see reasons why the landlord should arrest my family.

Do you think it has ended?