You might want to know why the landlord would make such a statement, was it written in the agreement signed by my dad?

It might interest you to know that some of my siblings don’t even dwell with my dad. My sister, whose hair was made by Angel, was still in school then; she only came home because of our church harvest, my two elder brothers live on their own, the third boy in my family does not also live with us. So it’s not like the house was crowded. 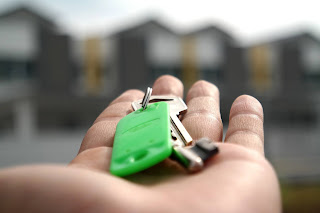 After my dad told us everything, we all were distraught; I mean, how can someone dictate who lives in a tenant’s house? Not that Angel has been involved in any sort of crime.
That singular act of hers made us gave her distance. To be frank, I started seeing her as a devil in human form, and at the same, she is still the landlady. I greet her normal but stopped having conversations of any sort with her. If she can stress herself so much to see that Angel lives on the street, then she is evil.

Few days after my dad had the discussion with the landlord, my dad re-contacted Angel’s mum and explained all that had happened and pointed out that Angel needs somewhere to stay. The mum was still out of town, but she pleaded with my dad to help her pray with the house owners to let her daughter stay at my place till she returns, but they refused. The house owners gave my dad the duration (1 day)Angel is expected to last before she leaves my house. My dad went back to Angel’s dad to plead so Angel could go back home, but he bluntly refused, stating that he doesn’t want her around him.
To avoid the problem, Angel left on her own when she saw the pressure my dad was under, and Angel started living from one friend’s house to the other.
Seeing this alone made me angrier, and started seeing the landlady as a witch.

As time went by, we lived to pass all the stress and bounced back to our everyday life, not knowing that the landlady had not lived past it and still had us in mind.
Fast forward to February 2018 when our rent expired. My landlord is known as a man of no mercy when it comes to tenants paying rent.  My dad knew who he was, so he made sure he did some running around to get his money ready for him, and as God will have it, the money ( 6 months rent) was prepared. On the 29th of February, my dad asked me to make a transfer to the landlord’s account to avoid embarrassment as the landlord had been disturbing him since January. Let me explain; you can’t owe this landlord even a day rent; it’s as worse as that.

It was on a Saturday morning ( four days after my dad paid the rent), I had finished washing my clothes outside, and about entering the house, my dad was also out with me when this man came to tell my dad that he wants to use his home (the apartment we were) and therefore wants my dad off his property, where I was standing, I felt like slapping the devil that calls himself a landlord. My dad was shocked at his marrow. If you know you wanted to use your house, why didn’t you state it and ask us to park out when the rent had expired? Why did you allow me to pay another rent when you wanted us out of your compound? My dad asked.
He replied and said that the house belonged to him and can do whatever he wants to do with it.

See why you can’t just wake up one morning and move into a new apartment?