Moving into a new apartment can be stressful and, at the same time, exciting depending on you or the circumstances around you moving in. But there are some aspects that one must not take for granted to have peace when you finally move in.

In this article, you will be shown some things to consider, questions to ask, and measures to take before moving into a new apartment, but before that, kindly go through the story below. 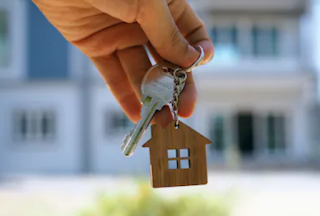 It was September 2015 when my family moved into a new apartment; somehow, I wasn’t comfortable with my parents renting that building at first. But we still stayed there till everything changed.
In 2018, my ex-landlord gave my family a quit notice, but what happened?

There was this girl (Would call her Angel)  whose father used to attend my church; because of that, my family saw her as family.  One day, my younger sister invited her to make her hair at our compound. She didn’t start the hair on time, plus she was still learning then. Angel wanted to leave the hair halfway, but we all begged her to complete it, assuring her we would go home with her so her dad would know she has been at our place.

The distance between my place and her place was less than a minute walk, that should tell you how close it is. Finally, she finished making the hair at about 9:30 pm; of a truth, we thought her dad sees us the way we saw him, but we were wrong. After Angel finished the hair, my sister followed her home immediately, and a few minutes later, we saw both of them back at our house again. My dad knew things were already out of hand, so he put a call across to Angel’s father immediately, but he refused to take his calls ( Angel’s mum and dad are separated, so he married another woman).

My dad, despite been tired, wore his cloth and accompanied Angel home together with my sister. They banged on the door for more than ten (10) minutes, but Angel’s dad refused to open the door. My dad thought of it, where will she go this night?

He asked Angel to spend the night at my place and sleep in my room.
The next morning,  my dad accompanied Angel to her house, but his father disrespected my dad so much by calling him a liar, stating that Angel was never at my place as my dad was only trying to cover up for her.
Angel’s dad refused Angel entering his house; he said he doesn’t want to see her there again, so that was how Angel started living with us.

While she was with us,  my dad tried every means to get in touch with her mum so that Angel could live with her, but her mum was out of town.

One faithful morning, Angel broke the news to us that my (ex) landlady ordered that she shouldn’t enter the compound again. We asked Angel if the woman knows she was living with us and her reply was, ‘yes.’

I got angry immediately; I wanted to confront her, but something told me to calm down and report to my dad first, which I did, I just pretended like I didn’t hear anything, so I won’t start having ill thoughts towards the landlady.

A few days later, we were preparing for church on Sunday when my dad received a call from the landlord stating that my dad should come to his flat as he has something significant to discuss with my dad.

After the close of service, my dad went for a function, and the minute he returned in the evening, he didn’t even enter our house but went straight to my landlord’s flat. He spent almost thirty minutes there; when he came back, he started narrating all they had discussed, which got us astonished and kept me wondering how someone could nurture so much hate in their heart against others.

According to my dad, my landlord said, as when we came to rent the apartment, we didn’t come with Angel. Therefore, my dad can’t bring in anyone to live with us apart from his children (I forgot to add that my dad has seven children plus another boy whose late dad was close to my dad).

What would my dad do now? Find out soon!
Click next to continue👇2
Next