Majority of you may have encounter this at one point in your life which tends to make you bitter towards each other. Today on let’s talk, Blessing will be sharing few part of her experience living together as a family with her step mom. 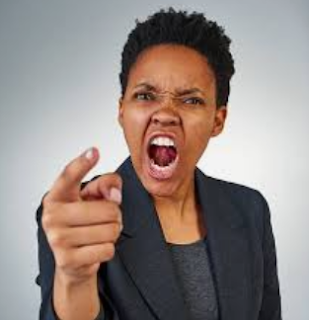 Basically, I am from a polygamous home, it’s kinda funny but let me explain. My father had two wives with various concubines .He got married to a lady who bore four children (all boys)for him  but he still had another girlfriend outside which normally causes quarrel between my dad and this his wife. Along the line, his sisters came and drove this his wife away but didn’t allow him marry his girlfriend because they felt she was the one causing the trouble so they went to look for a scape goat to marry their brother afresh . Meanwhile, the girlfriend outside is my present step mom while the scape goat (sorry to say ) it’s my mom who was forced into marriage , she came in and saw a lot of things she started fighting against.

My step mom was an idol worshipper (igbe dancer) and as at when my mom entered the marriage, she was still an idol worshipper.
My mom fought alot of spiritual battles , she even lost her first child during birth ( still birth) before she had me.

There had always been issues in the home but while we were growing up, my step mom became a Christian, so I had this mentality that she is a Christian and she had changed but I was wrong.

Even as a Christian, her mother was still serving idols. I can’t say , but it’s as if they were blending both together ( being an idol worshipper and a Christian). And as time went on, I started noticing some weird character she had, she had this spirit of convetousness ( always taking things that don’t belong to her and that was how she actually married my father who already belonged to another woman though it’s still my father’s choice he married her). and always wanting everything for herself forgetting the fact that this man had other children.

My dad had plenty money but she wanted everything for herself forgetting that my dad already had four (4)sons even before she came into the marriage and there were still other children.

She would always want everything for herself and children, always want to make sure her children is in the fore front.

There was now a spiritual battle , why ? She said that none of the girls in the family will get married untill all her children are married. I had seen her come to me in my dreams, I couldn’t see the face but I could feel it strongly it was her.

Her daughter (about 34 years old) is the first daughter and I am the second daughter of the Family and by God’s grace , despite all her plans, I am married and my young sister (who her second daughter is older than) is getting married next week and her daughters are still there, yet to be married. I am not laughing anyone or wishing anyone bad luck, but I want to make a point here, which is, you can never, I mean never fight someone whose battles are fought by God and who God is protecting. My mom had always taught us how to hold strongly to God and that’s just the truth.