Today on let’s talk, Julie will be sharing her experience with her BIG brother. 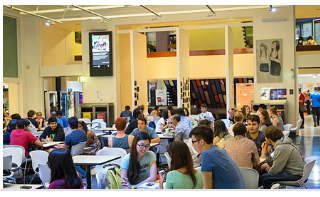 In 2008, I applied into one of the higher institutions in Nigeria and was admitted. I was this very quiet and shy type, it was only recently I understood I am an introvert and that’s why I was behaving that way. I find it very difficult to stay in a crowdy place. When I resumed school, I met George on my first day to class, infact he was the one I stopped and asked to show me my department as I was a new intake. The minute I stopped them ( He was walking with his friends)  and ask them to show me my department, they pointed the direction that I should take and burst into laughter,  they just said ” this is a green leaf”, I just smiled, my intention was, please show me my department and that’s all. After they pointed the direction I should take, they all expected me to go, but guess what!  I was actually following them,  one of them turned and said, go to your department, we are going to ours,  that was when it dawned on George that I didn’t really got the description given, he stopped and walked me up to a particular spot that will make it very easy to reach my department after which he collected my number.

After lecture that day, he called me and I met him up, we joked and laughed again over what had happened in the morning. From that day omward, we became friends. Weeks past, he asked me out and within two months we started dating.

Not quite long I fell ill,  I was running temperature, so I sent my room mate to call him, he was called, he came and saw my condition, he said he was going to get drugs, I was a bit relieved knowing that drugs would relief my body before I finally travel home for proper treatment. One hour passed, two hours passed but he was not yet back that was when Rufus, a friend to my room mate’s boyfriend came.

My room mate decided to damp my body with a small towel and cold water since I was very hot. This was the time my boy friend George showed up,  I was so mad at him, why would he just go like that?  It was later I knew he had an impromptu test that he needed to write, he got the call and quickly rushed to school with the aim of writing just the test and come back to me but it all changed when a lecturer entered and refused anyone from entering or leaving the class, so he was stuck there.

I notice Rufus had started looking at him some how, but didn’t pay much attention because I felt it was because of what George did, probably he was upset like I was before George explained himself.

Rufus became very close to me as he was known to be very intelligent while he was still in school,  I saw Rufus as a big brother and a friend because he was actually big. Lol

Few days after the incident, I took some herbs that made me felt better, my room mates suggested I take a walk since I have been at home Cus of the illness.
Rufus supported the idea and voluntered to accompany me out,  we walked some distances when I started feeling weak so we came back home. Rufus suggested we go out another time,  so I told George about it, he agreed so I went out with Rufus to a bar not too far from school, he bought a soft drink and few pieces of meat, we sat for some time and went back home.

About a week later,  I was given an assignment in school which I was finding difficult to do, while I was unto the assignment, my room mate suggested that I meet Rufus stating that he actually graduated from my department and was extremely intelligent and must have done that same assignment before.
I happily went to meet him (he has a particular room he sleeps whenever he comes to school) , we started the assignment, we rested a little  then started it again. At this time, it was already past 11pm,  I wanted to go home, but he insisted I stay to complete the assignment. On a second thought, I needed to submit the assignment first thing the next morning. I immediately slept as I was already tired with the intention of waking up at night to finish the assignment. I never knew I was in for a big night.

While I was asleep, I got a tap, I opened my eyes, it was 1 a.m, in my mind, I was saying the night is still young,  let’s just sleep till 3 a.m, he kept mute. Before I knew it, his hands was all over my body, I started pleading with Rufus, he struggled with me for over thirty minutes, when he saw I wasn’t complying he decided to let me be, I don’t know what got into him that made him leave me, because he started like he wanted to force himself on me.
The minute he left me, this boy slept like a baby till the next morning, I was just staring at him as I couldn’t sleep.
I looked at myself, first I didn’t get a good night rest, secondly I didn’t finished my assignment and thirdly I was almost raped.

The next day I told George what had happened, he was very mad at me though I assured him nothing happened, he didn’t believe,  he asked me again to tell him the truth but I still maintained my previous answer.

When Rufus saw I was no longer giving him attention, he decided to separate myself and George. It was a tug of war, I just thank God it never went more than the way it went. But till date, George still believed I lied about Rufus not having sex with me.

HOW I HANDLED IT
The truth is, I was this innocent girl,  so my mind never thought for a second that Rufus could actually want to do such with me. common , I saw him as a big brother but I was wrong. I tried my best using my strength, God knew my strength will fail me hence he intervened.
Secondly, I told George what had happened so he won’t hear it from someone else, and also because nothing happened so I was a bit confident.

MY ADVISE
Please always know the intention of people before allowing them into your life. Know who you are to them.

Now let’s talk,
1) Amongst Julie, George and Rufus, who is to be blamed for what happened?
2) What other advise do you have for the viewers reading this story?