Today on let’s talk, Thompson will be sharing his experience he calls an encounter. 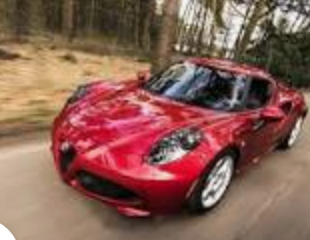 I received an invite from Nigeria Custom Service to sit for an aptitude test (computer based test) to hold 15th January 2020,  the venue was my state of Origin( Osun state), at that moment I was at Ondo state. I left Omotosho, Ondo state around 5:30 pm on the 14th of January, I had to stay on the express way to wave down vehicles going my way as the next bus stop was a bit far, so I was looking for a ride to get there(Ore) . I kept waving down vehicles for quite a while, I was on the road for about twenty five minutes, the cars that were passing were either filled or are private vehicles that won’t stop to pick up passengers.

While still there, a police truck came by, I waved it down, luckily the truck stopped, we were actually two standing on the road, the police truck picked us up. I was already exhausted as a result of standing there for too long, I kept  thanking the driver, little did I know we were going to pay for the fare. I paid 250 naira, I was actually confused as to why a police truck which is a government property would move me on the road and ask me to pay for the fare. To cut it short, I asked them to drop me at a park so I could board a vehicle going to Ile Ife, I didn’t know we had passed the bus park because I wasn’t really familiar with Ore. I asked them” we supposed to have reached there, right? They said no,  that they would be dropping me ahead of the bus park where I can easily get a vehicle going my direction and would be cheaper, it wasn’t an option, I usually don’t take buses along the road, but then, they had driven pass the bus stop, so I had no choice.

We continued our journey,  I was completely tired as I just closed from work, plus I stood under the sun for long waiting for vehicles. I decided to just take a nap, I put on my eye glasses, as I was about dozing off, my conscience kept telling me not to be too relaxed as these guys could be anybody, but somehow, I shook it off, I slept for about ten minutes (not deep though),  I woke up again.

At that time, it was just the three of us – the driver, a passenger at the front and myself, so I was conscious even while dozing off, the driver kept stopping on the road and picking passengers, he would bargain price with them but would end up not carrying them because they can’t pay what he was asking for. We got somewhere and he finally picked someone who was going in same direction .

we were still moving and another Fifteen minutes into the trip ( making it twenty five minutes altogether),another passenger waved at our vehicle,the driver stopped and the passenger entered.  I observed that, the guy had a little bag ( not as big as a laptop bag), he asked the driver to open the booth as he wants to drop his bag .While the driver was doing that, the guy opened the door and joined us at the back seat, we became three at the back seat with one passenger at the front seat.