Today on let’s talk,  Vivian will be sharing her experience with a someone who calls himself Pastor. 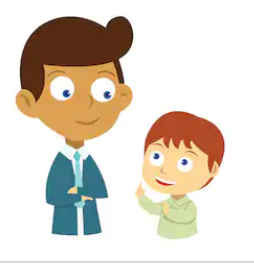 There was this assistant pastor name Bishop (name withheld).  He was clean. Christ embassy kinda vibe( I didn’t say he attends Christ Embassy, I meant he behaves like them).  His hair was clean, Curled, always had a towel on his neck. Always trying to speak phonetics.

The striking thing about him was his prayer and tongues. When he speaks in tongues, it will feel like heaven wants to fall. When he’s praying, you’ll wonder when you can ever be like him He was, according to man’s standard, “righteous”.

He came to our house to pray, and it was like the Holy Spirit came and started staying there. You need to hear his tongues. Afterwards, we gave him food
It became a daily thing, he’ll come and visit us and we we will give him food. As time went by, he came EVERYDAY.

At a point, my mum was getting tired but hey, he is a pastor right? Now, it graduated to him coming, and even pulling his shirt!
One day, we were watching brick and lace “love is wicked” video on his phone and he made a comment that the girl on bum short is hot! And I’m like, what? Pastor saying she’s hot?

On a faithful  day, I came home from school and met him home with my aunt. It was already a norm. I went to the kitchen to fix something, and he somehow followed me and gave me a very wet kiss, while my aunt was sitting right there in the parlour. I was stunned. So I left to my room and removed my uniform.

About one week after, I didn’t go to school that day, he came around. I told him no one was around and he said he wants to chill
He sat down, and before you know it, came and started kissing me. I pushed him away, and the next thing, he carried his d**k out,  his dick was small. He sat on the chair and asked me for a blow job,  I refused.  He begged, and after some time, he said I should just sit on it,  I said no I can’t, he begged so much,  I told him no. He stood up with his trouser down and his dick standing there coming towards me.  I told him I’ll scream on top of my lungs if he tries  anything funny. After a long time, he grew so angry and he left. His coming reduced after that.

I later found out he was also asking my aunt out.  And the church discovered that he’s been been sleeping with some the members. That was how he left the church in shame. I was in SS2.

Fast forward to 2018, we saw each other again. He is still a pastor, and a tricycle  (Keke)  driver.  He started asking me out, and telling me how he was gking to have hot sex with me  me and make me come for more.  I’ve had sexual predators very early in my life. So I know what’s wrong or right.

I started asking him for money. He, during Christmas that year, he was the one that bought the salad ingredients for my family. He took me out and I asked for money at every given opportunity. He was even a worse womanizer now.

One day, he called me and asked for money to pay his balance and take Keke for the week. I told him I don’t have money. And that was the last time I ever talked to him or saw him.  He doesn’t know I still remember his size😂😂

HOW I HANDLED IT
The truth is, I have always been this active child and I can different good from bad,  so I knew what he was trying to do with me was wrong. Hence, I held my ground.

MY ADVISE
Parents should always look at for their children and who they associate with, educate your kids on sex education. Sex predators are everywhere and could be anyone.

Now let’s talk,
1) What could Vivian have done when she knew Mr Pastor was a sex predator?
2) Do you support how she collected money from him?
3) What would you do if you were her?
4) What other advise do you have to give?