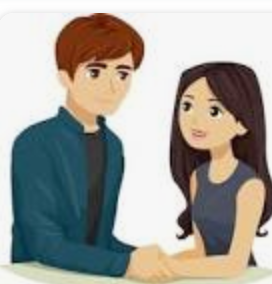 Back in 2013 in Benin. I was going to work in the morning,  as I was walking,  a guy walked up to me to chat me up. He sounded cool so we exchanged numbers.

After some days of calling on phone, we decided to meet up. Luckily, he lived close to my place so we met at a junction near my house. He said we should take a walk so we walked to a nearby bar.

I think when we got to the bar, he told me he forgot something at home and I should just follow him so he could get it. I followed him , when we got to his house, he had a neighbour that sells fried meat and drinks. He ordered fried meat and asked what I would drink. Star beer of course, so he got me the beer. I think two or three bottles, I can’t really remember.

After enjoying my life, this guy started touching me.  I said “please  leave me. I didn’t come here for this”.  I told him I wanted to go home. Before I knew, he was struggling with me so he could have sex with me. Since he couldn’t overpower me, he went and locked the door.

And I got the shocker from him😃 “If you don’t want to have sex with me, then give me the money I spent on meat and drinks” 🤣🤣🤣

I swear , on that day I didn’t had a dine.
I was shocked, I didn’t know what to do. He said  if I don’t pay him then I will not go home. He had already locked the door 🤣 . I didn’t know if I should scream, beg or what.  I thought of giving him my phone  so  I could come back  and pay him the money the next day. But I wasn’t sure I even had money to pay the  next day.  So I just sat down, I was looking at him, he was looking at me.

I just summoned courage and said “fine, since he doesn’t want to open the door, I’m going to sleep”. I laid down on the bed and was about to sleep,  he came again and was begging me for a blow job. I was more surprised,  I didn’t agree to have sex with you,  then is it this blow job I will do? I just told him to forget about it, as nothing will happen between us.

It was 12midnight when he opened the  door and asked me to leave. Plus he won’t see me off. The neighborhood he lives is known to have notorious criminals. I told him I’m not even goin again so I laid down .

I couldn’t wait for morning to come as I couldn’t sleep and my mind was not at rest.
As early as 5 am  the next morning, I left his house and that was the last time I saw him. He called me a few times apologizing for what he did and wanted us to see. But never will I see such a stupid fellow.
I learnt a lesson that that day and I kpet pondering over it for weeks until I decided to let go.

HOW I HANDLED IT
I actually saw the guy as a gentle dove, hence I decided to walk home with him, I knew he was not too violent and that I why I held my stand of not doing what he asked for.

MY ADVISE
Always know that everyone has an hidden agenda, when someone does some certain things for you, please ask why so you won’t end up in a situation like mine, I was just a lucky girl. Some other cases might not just end the way mine ended.

Now let’s talk,
1) What would you call Jessica?
2) Do you think she was really a lucky girl?
3) If you find yourself in such situation, what will you do?
4) What advise do you have for Jessica?