Today on let’s talk ,Jenny will be sharing her experience as she worked in a firm. 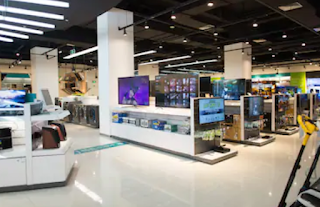 After my national Diploma in 2010, I applied in an electronic shop as an IT attachee. Some organizations don’t really pay IT trainees while some do pay. As for me I got lucky ,when I applied, they accepted me and also told me my duties and salary I will be placed on. The salary was quite small that I started thinking if I should go to the other place I submitted my IT letter (they had also called me to resume with them). I pondered over it for some time and eventually I decided to stay there (I didn’t bother going to the other place)

When I finally started working in this electronic shop, I was placed at the cashier and receipt unit though I just watch while the other lady I met there do her job so I could learn from her. I watched her for like three days and was given some of her work to do, I discovered she saw me as incapable of handling what she had been handling so because of that I do Little or nothing but most times used for little errands and clean up of the office. We were supposed to do everything together as the the only females there ranging from sweeping, mopping, dusting the electronics, entering customers details into the computer, giving out manual receipt, and receiving money from customers. But the reverse was the case, she was this over serious looking person coupled with the fact that she was older than me, I couldn’t even confront her as she had automatically turned me into a cleaner. The truth is, there were so many things I wanted to learn using the company’s computer and also learn how to count money just like those bankers. Lol

After sometime, the manager of the firm saw the way things were going and swung into action, he discussed with the MD/CEO about his intention which was approved. He called a meeting and properly designated duties to us, the other lady was asked to handle the computer and customer’s receipt while I was in charge of money as I worked as the cashier. When one of is is not around, the other is supposed to help out, but she didn’t took it that way, she just made it clear, “stick to your duty and let me stick to mine”, she said.
I don’t know why she was upset, anyways I got used to her behaviour, time passed we became close and later had misunderstandings just like that because she always reminded me how she is a graduate and I am not, I was just pissed with her attitude, we quarreled and settled so many times

Now when all these were going on, something happened.
Before I started working there and given position as a cashier, I heard how money went missing so many times without trace and I vowed it won’t happen in my time, the first was after balancing accounts I discovered that eight thousand naira was missing, I was 100% sure of how I counted the money I collected from customers the previous day and how I kept them. So how come this shortage?  I counted the money repeatedly the next day, still same. I went to check the record book for all expenses made but such amount wasn’t there, I told my colleague about it, she said I should be careful, that the money didn’t loss or was misplaced but I might have probably given out money for expenses without putting it down on the record book. But I will have to account for it, right?