Today on let’s talk, Esther will be narrating what she did subsequent times to avoid burning down someone’s building, it might sound simple, but it was actually a big deal to Esther until she knew what to do, some persons may have experienced it and knew what to do while some may not have known what to do. 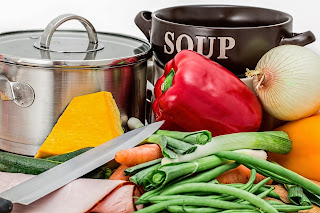 It was on a Tuesday morning, during the holidays,  I decided to try something new since the whole family have been on a particular diet for quite sometime.

I decided to make oil stew, it’s  not a food I prepare all the time. There were some tomatoes and pepper stocked in the fridge. I got some fish and meat to prepare it. I made sure I got all the ingredients and items needed to make the stew tasty and delicious.

After preparing all the items needed for the meal, I placed a pot on top of the gas, afterwards poured some quantity of oil in the pot, I quickly rushed to get something from my room, not up to thirty seconds I went back to the kitchen, what I saw gave me a shock probably because I have not seen such before . The last oil stew I ate was prepared by my mum.

The pot had caught fire with the palm oil inside, if you cook  with gas you would understand the state of the fire, I started shouting as I was afraid to even go close to the pot because of the gas.

My cousins that came for the holidays ran to the kitchen and saw me panting,  “put off the fire” they all shouted,  I managed to gather courage, went near the gas , switched it off and put down the pot which was still on fire. Now the gas was off already but what of the fire inside the pot? I poured water inside, instead of it to reduce, it popped out the more.

I immediately excused my cousins, told them to leave the way, I carried the pot with fire outside because the house was already filled with smoke and neighbors had started thinking my house was on fire.
As I was carrying it outside,  some oil poured on the rug in the sitting room. When I managed to take the pot outside,  in the process of throwing it down, some quantity of oil splashed on my body. 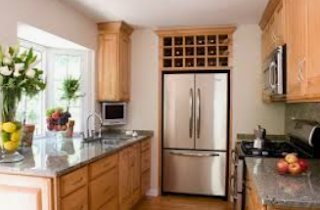 Neighbors that came around was just looking at me, some rushed inside to see how it was. I later narrated what happened,  that was when one of my neighbors gave me an advise on what to do next time such incidence occurs again.
I was so surprised at what she said as it was very simple and would have avoided the chaos that I caused. She told me to just use the cover of the pot to cover the pot that caught fire. Damn!  It dawned on me that fire actually needs air to burn and in the absence of air, it can’t burn.  I thanked her, cleaned the whole place and continued with the day’s activities.

The same incident happened subsequently but this time, I already knew what to do.

HOW I HANDLED THE SITUATION
I did what I thought was the best but I got hurt and almost burnt someone’s house. The next time I had such experience, I boldly used the pot’s cover to cover the pot that had caught fire without panicking .

MY ADVISE
Small and simple things we could do to advert some bad occurrence might look like a mountain to us because we are ignorant of it, try to learn from others and study, you never know what could happen the next minute. Be wise and vigilant

Now let’s talk,
1)Do you think Esther ought to have known what to do before that incdence?
2) If the whole thing had escalated, was ignorance an acceptable excuse?
3) If such incident occurs,  what other alternative plan would you implement to savage the situation?