Today on let’s talk, Tessy will be sharing one experience she learnt something great from. 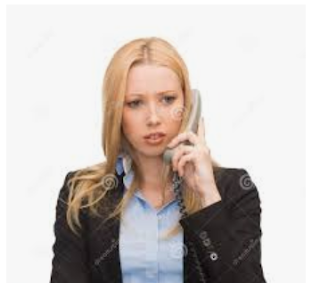 After my National Diploma, I was to go for My industrial training(IT) which was supposed to last for one year, but  was yet to find a place to attach to.  My dad asked a friend of his if he can help to secure a place for me through his son in-law who own a mobile shop. My dad’s friend agreed that he would help, I was so happy cus I was really looking forward to working there because it was set up newly and the place had alot of customers.  I stayed at home for one week,  two weeks, three weeks, I paused and asked my dad. Daddy, is your friend no longer helping out? My dad answered me; my daughter, just be patient, my friend knows what he is doing. At a point I felt very calm and became optimistic about the whole thing. My hopes were high, I had imagined in my head how I will feel the day I am called on phone to resume work with the company. Would I be placed at the cashier stand, or as the data keeper ot the one that issues receipt?  Those were the thoughts running through my mind, I could smile over and over again cus of what I had imagined.

About two months after , I reminded my dad again, he called his friend and guess what, same story, “don’t worry , my son in law will soon call you, they are working on something”. Those were his words to my dad. At this time, I was tired sitting at home and already loosing my patience, what have I been doing or what will I be doing at home while waiting for this offer? I asked myself those questions and provided the answers.

It was three months, same old stories. I woke up one day, took my IT letter and went to look for a place to attach myself to, the truth is, I needed to get a job experience. As luck would have it,  I saw a photo shop which seem to be looking for someone to employ, I entered and gave the manager my IT letter,  he called the CEO of the firm and I was asked to start immediately. I was surprised as I never planned of starting that day. The workers I met there seem friendly and really welcomed me. The CEO offered a salary he would be paying me, it was very small but I accepted it as I want more than the salary, I also need experience and to get a recommendation letter from them at the end of my IT which will be needed in seeking further admission into school.
I closed from work that day and went home.

When I resumed the next day, I discovered the manager was not on seat, I kept mute and didn’t say anything. After about five hours, I asked after him from the other workers, that was when I was told that he had resigned, they said he had an issue with the boss but didn’t disclose what the issue was.

Not quite long, I received a call from the CEO of the firm, he said, ” hope you have been told your salary? I replied yes. He continued, let me tell you, that will be the amount you will received until you leave, don’t think I will ever increase it, and note that you won’t take any excuse from work. I replied, yes sir. Through out that day at work, so many things were running through my mind, I had not gone to school to do my clearance, if he won’t grant me a leave, how will I get my result?  Wait, what if I fall ill?

When I got home that day,  I told my parents about it and how the man sounded. How can he talk to someone that he has not even seen that way? My parents advised that I go look for some where else. I didn’t even want to go back there, but I thought within myself, it will do you no harm if you just go there and tell them that you’re no longer coming. I took money, paid for a fare and went to the shop, I got there late compared to my normal resumption time. When they saw me they asked, why did you come late, are you ok? I immediately replied, I only came to inform you, I won’t be coming again stating my reasons. They really felt bad because we were already connecting. I later discovered that was how the boss is to them all and I wondered  how they could work and cope with such individual.
The minute I left , I started looking for another place, that would be story for another day.

HOW I HANDLED IT
First, I realized no one will help if you don’t help your self first,  I stood up and looked for what I wanted,  and even when I got where to attach to, I didn’t limit myself  to  it, if that place would torment me, I better leave and that was how I left because I knew there is always something good ahead.

MY ADVISE
Do not put your hope on humans, they will fail you.
Don’t always settle for the less because you feel you can’t get anything better that the one at hand, always explore, don’t limit yourself.

Now let’s talk,
1) Did Tessy do the right thing by leaving the firm?
2) Do you think she would have been a little patient?
3) What will you do if you were Tessy?