This is quite rampant in Nigeria, people have been arrested, yet it still continues. Let’s hear from Goodness. 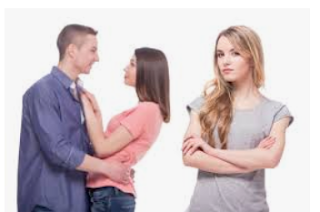 I was taken to live with a woman  named Queen (above 30 with 2 kids – a boy and a girl). She had a brother called Sly. He was this very nice boy, always advises me and made me to hope for a better future.

Queen was married to another woman’s husband, but she doesn’t  live with her husband as the man lives together with his first wife, the man was far older than her, probably she got married to him cus of his money.

She actually gave birth to those kids so everyone would know she is still connected to the man some how .  Queen does not sleep at home most times, so I am the one who takes care of the children.

She went out at night, and as normal came back the next morning (Tuesdays morning in particular),  before she came back, I had bath the kids, fed them and were set for school, reason being that I don’t know the kids’ school. I sat down with them waiting for their mother, alas she finally came at past 8, she actually was brought home by a man (Lewis)  who took the kids to school in his car.

After dropping the kids at school, they came back home and knocked at the door,   I was already bathing in the bathroom, so Sly (her brother) was the one that went to open the door, I never knew she came back home with the man she initially came with in the morning, I was on towel coming out from the bathroom when I bumped into this man, Queen looked at the man, and asked” how do you find this babe? she was actually asking him how I looked . He replied, no problem with her, I will be the one to first test her.  That went bye.

The next day morning, we went to do some test in the hospital ( the test was actually done on me) , I wondered why she suddenly took me for a blood test. After the test, it was confirmed that I was HIV negative, she was just exclaiming –  wow!  wow!  wow! I was totally confused, why this wow!  from her, I asked myself.

From there we drove to the market, Queen bought me some beautiful clothes, shoes, make ups etc. That night, she went out as usual and asked me to take care of the kids, and  at mid night , one of the children’s body became very hot. I was afraid and confused at same time, I looked around the house for drug and as God will have it, I saw a satchet of Paracetamol on the dinning table,  gave it to her and she slept well till morning.

The next morning I left her sleeping and prepared only the boy for school and as usual waited for their mother. When she came, she saw the girl who was still sleeping after I had told her what happened at night , then she gave me money, described the children’s school and asked me to take the boy to school so she can be with her daughter at home for proper care, she later took the child to the hospital and she was treated well.

Remember Lewis? the man I bumped into while I was on towel, he came to the house to ask me out while Queen was still at the hospital with her daughter. He bought Suya( spiced beef) and an energy drink (black bullet)  on his way.

When Queen finally came in the evening, Lewis told her what he told me and she approved of it, and even showed me a gown to wear (among the clothes she bought for me). While we were discussing the outing issue, my mum called. She actually said that my mum had been calling her while she was at the hospital. Hence, she gave me the phone so I could speak with my mum.

I started talking with my mum, when we talked to an extent,  I immediately switched  to  my native dialect while speaking with my mum so she(Queen)  won’t hear,  I told my mum everything that has been happening and the work she does and how she had given a man permission to take me out in the evening . My mum asked how she could send me money to come back home. Mean while, while I was about leaving for Benin, my mum gave me some money to buy things I may need , I told her that I still had some change remaining from it.

Immediately I ended the call, I told Queen that I wanted to go back home, she asked what the problem was, I told her that my grand father died and I wanted to go for the burial. My mum called again and told her that I will come back to her after the burial, my mum insisted that if it is possible, she should allow me leave that day so I could meet up with the burial the next day, she agreed.  She asked me to pack some clothes especially what I will wear during the burial ceremony, she called  Lewis who later  took us to the motor park and booked for a vehicle. Both of them waited for the bus to fill up , the bus finally got full, and Lewis handed me 1000 naira when the bus was finally  leaving the park.

Mean while, on our way to the park, this lady took me to a police and asked me to sign an undertaking that in case anything happens to me, she had no hand in it as I am already traveling  stating that I am now on my own.

As God will have it, nothing happened on my way back home. When I entered the bus, I could remember the way I sighed  as a sign of relief because I knew I had just left a big bondage. I left all the clothes she bought for me at her place and took the few I took there initially because I knew I will not return there.

HOW I HANDLED THE SITUATION
When I finally knew what they want to turn me into, I started thinking of the next thing to do, and I was glad my mum called at the right time and trust me I made very good use of the opportunity.

MY ADVISE
I think parents should learn how to take care of their kids themselves. Couples should give birth to children they can take care of.

Now let’s talk,
1) Was it sensible for Goodness to tell Queen that she wanted to  leave immediately she ended the call?
2) What do you think they wanted to turn Goodness into?
3) What advise do you have for parents?