Today on let’s talk, Loveth will be sharing her story about how she was almost used. 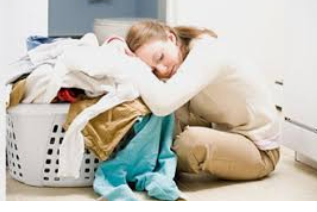 On a particular evening, my mum came from the village to visit us (myself and my siblings) in town, from here they would attend a funeral some where else.  On that evening my mum saw  a man called Tim who was from same place as her. Tim told my my mum that he is looking for someone who can stay with his friend to help out with the friend’s house chores. Tim promised my mum, that if my mum could get someone for him, the person will be well taken care of, then my mum agreed that she would talk to her daughter (me) about it.

When she told me about it, I refused stating that I don’t want to stay with anybody. My mum further pursuaded me giving her reasons like; my dear, the burden of paying your school fees will be lifted from me, so stay with them so they can help me pay your fees,  remember I still have othet bills to settle, your siblings are there”, she said. I agreed and the next day I was set for the journey. I traveled with Mr Tim to Benin.

When we got there, Mr Tim and the lady I was supposed to live with started discussing something (not sure) about money, but I could not fathom what business that involved money they were really discussing. The lady(would call her Charity)  gave Mr Tim  thirty thousand naira, Mr Tim left me there and went back to where he came from. I was still wondering why he was given money.

I slept till the next day,  but while I was sleeping, I over heard her talking to someone on phone, stating that, the person she talked about has finally come.
The other lady (Agnes) with which Mrs Charity was talking with on phone finally came the next day to carry me from Benin to Asaba.

I noticed Mrs Agnes had given Mrs Charity money , I still wondered why everyone was giving and receiving money, but what do I know?

The first time I joined Agnes at Asaba,  things were going fine, but later she started maltreating me, sometimes she would starve me, beat me up, disgrace me in public by calling me names.

A day came when her brother came visiting, the way he looks at me sometimes was not appealing to me ( like he was lust over me),  so I told madam Agnes about what I had observed, but she said I was the one seducing her brother as her brother is a good man. That same night, while I was asleep, Agnes’ brother entered my room and was trying to romance me and immediately I woke up. He said that I should not tell anyone about what had happened promising to buy me phone and also give me money to travel back to Warri.

While we were discussing, his sister who was going to pee saw us, and what came out from her mouth was” what I have been saying has finally come to pass, I said it, you were the one seducing my brother. She beat the hell out of me that night. She asked her brother what really happened  and her brother told her that I was the one who asked him to meet him in my room. When the beating was too much, I pushed her, she fell and broke her waist. She was rushed to the hospital the next morning. She sent her brother to inform me that, she doesn’t want to see me in her house when she returns from the hospital. I parked all my things and readily waiting for her to give me my transport fare to go back home. When she was finally discharged, she saw that I was still there and  insist that, if she doesn’t get back her ninety thousand naira, I won’t go anywhere, that was when it dawned on me that, the money that she gave to madam Charity was actually to buy me as  house help.

Mrs Agnes called Mrs Charity and told her that, since I no longer want to stay with her, that her money should be refunded, but Mrs Charity had already used the money. She told Mrs Agnes that she can use me to do anything as she doesn’t have any money to refund.

Because they couldn’t refund her money, she started using me as instructed by Mrs Charity.  I would pound, wash the dishes, sweep the floor, infact I will do all the chores and make sure I finish it before leaving for school, when I finally get to school, I will be flogged and punished for coming late to school. I came back from school one day to find out that she was not at home
I quickly borrowed one of our neighbour’s phone to call my mum and told her everything that has been happening. She was shocked as this wasn’t what Mr Tim told her of.

My mum said, since its like that, she would call Mrs Agnes in the guise  that she wants to visit so she can see her daughter (me).

The next morning, I got a shock, she took me to the market to buy new things for me, even paid for me to make my hair , I knew my mum had already called her, hence all these.

Finally, my mum and dad came for the visit. She told them I am a good girl,  I do all the house chores and I was very kind, my eyes popped out in surprise.
My mum knew what was already happening, she immediately brought out the ninety thousand naira, gave it to Mrs Agnes and told her she was leaving with her daughter (me).  Mrs Agnes was shocked to her bone barrow, I could see the shock on her face asking how my parents were able to raise such amount. She started pleading with my parents to leave me with her agreeing that she would let me go after my junior WAEC.

My parents left me with her and went back to Warri.  Immediately she heard that my parents were already in Warri,  she took back all the things she had bought for me, it was already two weeks to the exams, so I stayed, the minute I finished writing the exam, I came back to Warri. Till date, the woman is still calling my mum to allow me come  live with her, but that will be the most stupid thing I will ever do in my life again.

HOW I HANDLED IT
I might have been a child then, but I could tell when something is going wrong, I quickly called my mum, and that settled it.

MY ADVISE
Parents should always live up to their responsibilities, my mum actually thought someone was actually lifting a burden from her not knowing they had their interior motive.

Now let’s talk,
1) Was Loveth really sensible enough?
2) Did Loveth’s patents did the right thing by visiting and later leaving their child because of  the promise made by Mrs Agnes?
3) What will you do if you were Loveth and her parents?