You will testify that so many persons has one way or the other took poison into their systems wether intentionally or unintentionally.
Today on let’s talk, you will be learning what to do to avoid dying of poison before reaching the hospital from Cherish’s story. Always do this immediately before going or taking such person to the hospital 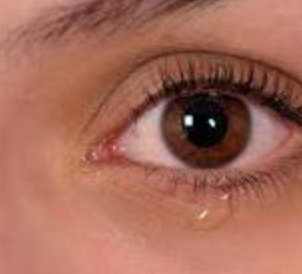 My mum lives and trade in one of  the river rine areas in Delta State, Nigeria.  Whenever she wants to go out for her businesses, she normally prepares food and keep for us to eat when we return back from school.
On this particular day, my friends decided to accompany me home, when we got to my house, we found a particular soup in the house (would call it soup A) , I was a bit confused as  I wondered when my mum prepared this particular soup (takes very long time to prepare it) then I recalled that,  as  at the previous day, this particular soup was at home but couldn’t have been fresh like the present one. I also saw another kind of soup (would call it  soup B)  which my mum actually prepared that faithful day.

I looked at the two soups, I thought within my self, this is the soup from the previous day, I can actually eat it since it was also prepared by my mum, so my friends and I ate the soup A leaving soup B.

The minute we finished eating soup A, my mum immediately walked in and the first question she asked was, which soup did you ate? We all echoed “soup A”,  the next thing that came out from my mum’s mouth was, “these children have killed me”, she started behaving like a mad woman.

Mummy, what is the problem? I asked. She replied and said, I had put rat poison in soup A to set as trap for rats and that’s why I left the soup opened. You people were suppose to eat soup B.

Not up to three minutes, our bodies had started changing, my mum started looking for palm oil round the house, she found one that she was suppose to sell. We started drinking with the eye of death as that was the only first aid available. I drank the palm oil till it slipped into my head because  I was taking it too fast.

While we were busy with this, people around who were supposed to help had started accusing my mum that she poisoned the soup on purpose for her daughter (me)  to eat and die, my mum immediately started crying but damn!  there were bunch of children dying of rat poison, she ignored them and focused on us again.

As God would have it, after some time, we all started vomiting everything we ate because of the palm oil we drank and in no time, we were back to ourselves again.

Funny part was, my mum actually kept soup A and B separately, but because soup A was initially at home the previous day, I felt we could still eat it. God in His own wise way vindicated my Mum from being called a witch and a murderer and trust me I was grateful and still grateful that neither me nor my friends died.

I could tell the relief from my mum’s face when she saw us throwing up, herself and myself actually learned  something new but in a very hard way.

HOW I HANDLED IT
I didn’t really know what I would have done ordinarily if I had seen someone else in my condition but my mum actually knew that palm oil works in such case. I learnt another use of red palm oil that day.

Now let’s talk,
1) Was Cherish mum careless?
2) Did you know that palm oil could actually do the magic before now?