I may be made to think that, almost every girl may have experience such event or something related to this, let’s hear Lizzy’s story. 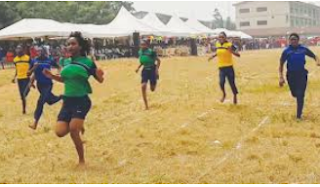 On the day of the competition, I and two of my friends stood outside observing how the competition was going. As we were standing there, we saw our class mate (Emma) who had a ticket entered.
When he entered the venue, he asked us what we were doing outside and not inside, I told him we couldn’t afford the tickets, so he gave us his ticket since he  was already inside, in turns, we all went inside one after  the other.

Him, his friends, myself and my friends all sat on same place observing how the competition was going. After sometime, he voluntered to get us soft drinks. He went and bought three  bottled coke (rubber container) for my friends and I. The bottle was sealed as its supposed to be, we all drank ours. After sometime, I started feeling somehow restless after drinking the coke. I thought I was already stressed out or probably hungry maybe that was why I was feeling that way, I tried to be myself, but I couldn’t, I tried to rest my back on my friends to gain balance, yet I was still restless  . Emma asked us to go to his house maybe to rest since his house was close to the venue of the inter-house sport competition, I didn’t hesitate, I asked the others to accompany me which they did.
When we got to Emma’s house, he offered us food (beans in particular), we all ate the food but I was still feeling uncomfortable. I was almost at the verge of lying down to rest but as God will have it, his mother came and saw us in her house, in shock she asked, “what kind of crowd is this? what are you all doing here?”
We all left his house and I went straight home.
I was still feeling weird, I had to sleep for a very long time that day. I woke up, and this time I was feeling weak.
I was in that condition for two days and didn’t know why. During these period, all I do is sleep, wake, then sleep again because I was feeling too weak. My friends didn’t felt the way I felt though they had the sign of weakness and dizziness.

It was later I found out that, the soft drinks Emma bought was injected with tramadol, I actually don’t know how he did it, but I remembered I opened my drink myself and it was sealed, it may be possible that he diluted the drug into liquid, and used a syringe to inject it from the top of the bottle into the drink, it was his plan that when I start feeling the effect of the tramadol, he would convince me to go to his house to rest which I would do on a normal day. I actually saw Emma as a brother cus we grew up together.
It was the plan of him and his friends to engaged myself and my friends in their wicked act ( to have sex with us at their will)
But God used his mother to save us.

HOW I HANDLED IT
After that escaped rape,  I stayed very far from him as I kept my distance.

MY ADVISE
Be kind enough to know that, you can never tell what a man has in his heart. So be careful who you deal with or call your friends.

Now let’s talk,
1) Do you think Emma was persuaded to do what he did or did it from his own accord?
2) Do you feel Lizzy was just been careless not to notice it from the drink she took?
3) If you find yourself in Lizzy’s shoe, what will you do?