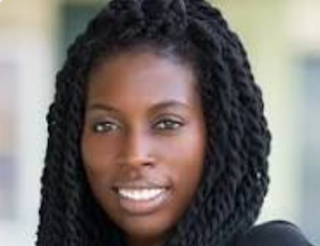 I made every possible means to beg him but he said the only way for him to accept my plead is to have sex with him.  I met some lecturers to help me beg but seem they were scared of him, some even advised to do it if it means graduating with good grade and that if given  such offer most girls won’t think  twice.

I did commited every thing to God’s hand but seem God’s time was taking forever to manifest. My HOD  not stopping  in his quest and I was already on second class lower because of the unjustified missing results and failed courses  I don’t know about, I was frustrated and devastated,wanted to report him to the school senate but a lecturer  told me he is one of the people who runs the Senate, I gave up.
In order to maintain the undeserved second class lower, I decided to give in to his request in my final year.

I just couldn’t  imagine some randy man, older than my dad disflower me, even while he was having sex with me in a hotel I did rent just as he ordered me to, I was crying but my HOD  seem not to be perturbed  by my tears.
After that day, I lost counts of how many times we had sex especially in his office,his lodge and most times hotel,I was always one call away.

Final year result was out and to my greatest surprise, I was a third class student, with failed courses, and some missing scripts. I have failed myself and those who put and expect the best from me, I was furious, mad, I felt  like killing the HOD with my hands, what have I done wrong? I’m in my final year and still doing year  3 courses?  Indeed third class was sure, but what about the uncountable sex I had with the devil pervert. I thought those moments of having sex with him were supposed to compensate for the grade, I have lost out completely,who is going to pay for the extension year I have, how am I even sure if one extension is going to clear all my carryover?

Is this so called man not a father, how will he feel if such frustrated perverted act is done on his daughter? Those were the thoughts  running through my mind as I  angrily  storm Mr Kwambo’s office to demand what was wrong.
Immediately he saw me, he just ignored me, but the anger burning inside me was enough to consume a whole nation, I asked him why the failed courses /missing results,  thought the sex was to clear them since that was the bargain?

He just smiled and said,  those courses  where there just to punish me for stressing him at first for sex, and that it took him almost four years to have sex with me, and moreover who will allow a sweet girl  like me to go just like that,another year with me ain’t bad, I should give him another year to still be with, he is going to clear it all and that it’s nothing.

It was then I knew his selfish act and I got angry more and started shouting on top of my voice. He got pissed off as well and ordered me to leave his office, but I  refused  to leave his office, he got more angry and  told me that even if I report him to the V.C , nothing will be done because they run the school, I am not the first and I doubt if I will be  the last. Told me  I can’t do anything , how he was a member of a dreaded cult and now a society man, so he got connect than I do.

I knew of a truth I can’t do anything, nobody will come to my aid, he got connection in high places far and wide. At that moment, I took the decision that will either make or break me for life, I decided to drop out.
With tears in my eyes, like someone who just lost a fight and got no hope in life, I  removed my trouser belt, zip down(he was suprise),and pulled some of my pubic hair, put them into my mouth,Chew them , pointed  a finger at him and said;