LIVING WITH MY UNCLE
Today on let’s talk, we will be hearing from Mr Henry about his experience while living with his uncle. At first,  I thought it was going to be a sad one, but it turned out to be something someone needs to hear.

My name is Henry and I’m thiry five years old.
When I was still a little boy, my uncle asked that I stayed with him but my father disagreed.
I was the favorite then in a family of eight (don’t know why) and my father loved me so much, things that  others couldn’t get from my father,  I got at ease.
After I lost my dad, my uncle came again and asked that I live with him, my mum wasn’t in support so she took all of us down to her elder brother’s place at Ibadan,because of my uncle (guess she was scared).
We lived there till I  finished my secondary school and it was time to decide what I wanted for myself. On the long run, my mum had a misunderstanding with her elder brother. One of my brother called my uncle and was asked to come, I also told my uncle that I was coming, and guess what!  He was so excited because he has actually longed for me to live with him. That was how we moved down to Delta State again, everything was fine during my stay with him, food, clothing and others were not a problem  until I was ready to enter into  a higher institution.
Almost all his children were already in a higher institution, but when its my turn, he would asked that I stayed at home. His popular question was; if you go to school who will take care of me?
My world was crashing and I saw all my dreams and aspiration been washed down by him, I cried, I was bitter. Oh!  Wish my dad was here.
I decided to give another shot, I and his son purchased a form and applied for a particular course in a higher institution in Nigeria but I was not given what I wanted so I took another course.
When we got home that evening, his son told him how it went with the application, my uncle not knowing I was in the house started asking his son, “if I allow him go to school, who will do those things he does for me”?  I overheard their conversation. Again I felt bad. Oh God! Only when I thought he would have a change of heart. I went to my room again, I cried and begged God to help me enter school as I was tired of staying at home, believing that is not my destiny.
One day God answered my prayer and I got admission into a higher institution, to my greatest surprise, same uncle who insist that i should not go to school but stay at  home  provided me with everything I needed in school.
Infact, all that I needed, God used my uncle to provide. I was never in lack all through my days in school. Even while I was serving (NYSC), my uncle stood by me. What he could not do for his own children, he did for me as if I’m his only child.
All through my stay in school, if I tell someone that my dad was dead, they won’t believe because everything was at my berk and call.

HOW I HANDLED IT
My believe in my dreams kept me going and that was why I begged God to help me, and trust me, my faith in Him worked for me. God was the only one who touched my uncle’s heart.

MY ADVISE
Your destiny is tied to yourself and God. As for me, I believed God has the best waiting for me.
Don’t give up on your dreams and God, and He will never give up on you. 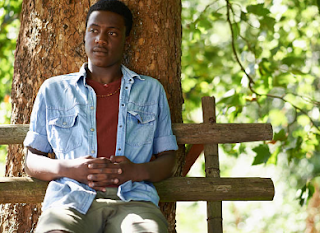