Today on let’s talk, we would be examining young Alfred’s story of his experiences venturing into some ponzi schemes. I hope we all learn from it and handle it better.

After my National youth service corps  in 2016, I was introduced into a ponzi scheme called MMM through my elder sister since I was not doing anything then.  she gave me some amount of money to start up a business online, actually one of the ponzi schemes invoke then ,she instructed me on how to use the money,  she asked that I  provide help and get help, the profit on top is mine but insisted I put back the  capital into the business again. That was how I entered. My God! other friends came in while some of my friends had entered before. When I told a friend who had entered before me, he decide to devise a method where we can make more than the expected profit. Instead of waiting for thirty days to get our money, we devised a means   with which we can get almost same profit in two weeks using  same capital .

From the way I later stack it, I will be getting same profit I was suppose to get in two weeks in a week. I started using the profit I made to recycle and trust me, I was getting enough money from it.

Fast forward to my late uncle’s birthday, I so much celebrated him, even on face book. My uncle was so excited that he called to thank me for all I did. That was when I told him about MMM(a ponzi scheme) so he invested (provided help) two hundred thousand naira. He invested the money say  this week and the scheme crashed the following week. My God!  I was so devastated, I started running away from my uncle, I mean my best uncle. Did I forget to say that the two hundred thousand naira put into MMM was supposed to be used  for Christmas celebration December that year and that  the whole family had to suffer because of it?
I felt so bad and really dissapointed in myself, how can I allow such happen to him? 😥😥

Funny part was, I didn’t stopped there, I ventured into other ponzi schemes with some friends of mine and in one night, my sister and I lost another hundred thousand naira.
Right now, I don’t think there is anything that would make me venture into such schemes again because I have come to realize that if you make money without adding value, you’re just wasting your time, that money will not stay. The money you make should be as a result of the value you are providing.

HOW I HANDLED THE SITUATION
1) From the onset, I was honest with my uncle which made him trust me, he knew I never had the intention to scam him of his money.  His wife had also done it without his knowledge in her place of work of which she also lost money. So that gave him and the whole family sufficient prove that I didn’t scam them. Due to love and family, they just allowed the issue slide. For a whole year, I didn’t visit my uncle and his family cause I couldn’t face them.

2) I had to come back to my senses and advise myself that this is not the best way to make it in life, I went into other sustainable means of getting money, and at a time I found out those ones will still not last, I stopped all that and took a job as a supervisor in a factory close by.

MY ADVISE
First, Be someone that can be trusted, cause that was  the only way I escaped my uncle’s wrath.
Secondly, don’t look for a quick way to make wealth , it won’t last.
Thirdly always put value into making money, that way it will last.
Fourthly,  never stay idle.

Now let’s talk,
1)  Do you totally agree with Afred’s advise?
2) If you were Alfred, what would you have done?
3) Do you think Alfred will ever venture into such in his life again even after he said he won’t? 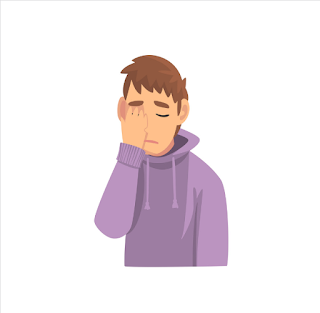