MY DAD WAS AND STILL A TYRANT
Today on let’s talk, a young lady will be sharing her life experience of being raised by a tyrant called dad.

My name is Ola and I am thirty years old. I am from a family of five.
I think it has become a norm in Africa or some part of Africa that a wife should bear or absorbs anything she sees in marriage because they feel it shows how submissive she is.
But in this case, it broke me, my siblings and mum.
My dad is someone I will refer to as a tyrant but some will call him a disciplinarian.
He is someone who never forgives, so if you offend him, he must look for a way to get back to you.
You must not make mistakes, because  he doesn’t take that as an excuse, yet if he makes mistakes, he will always give an excuse for the mistake made.He is always perfect. Anybody that makes a mistake is tagged as insensible and a fool. He kept reminding us of our fault even if it happened 100 years ago.  He will always beat me and my siblings gruesomely whenever we fail in school or fault wether intentionally or by mistake. A dad that strips a female child naked and flogs her because she failed?
He doesn’t flog us with cane, instead he uses a naked wire and because of that, I have so many scars on my body especially at my back. He believes the only way a child will learn is if he/she is beaten to stupor😥😥
He gives preferential treatment to each of his child.
His attitude chased myself and some of my siblings away from him, we can’t even take issues bothering us to him because the reverse will always be the case.
Some of my brothers that found solace in the company of their friends were influenced negatively. Some are now smokers and drunk.
I am the only that went to school and graduated successfully  without any dent.
If only my dad was accommodating, my brothers won’t end as a smoker.
I didn’t have friends because of him. We were so afraid that it became part of our lives.
Instead of him to pray for his children,  he always curses them.
As for my mum, that is a regular ball in my dad’s court. I have seen him countless number of times abusing and beating my mum and she couldn’t leave because she didn’t want to follow the trend in her family as her mum gave birth for different men. After each time of quarell with my mum, he will always stop my mum from going to work the next day and because of fear,  my mum would write an emergency letter to her school seeking for premission to be absent from work,  that was his regular routine until my mum broke free from that fear. They had a fight again and my mum was asked not to go to school as usual, but she said enough of that, she actually went to school that day, came back without a word from my dad . The question she asked was, if you were the one that saw me through school, it means you would have burnt all my certificates.
My mum wanted her marriage to stay, hence, she went extra miles to be a good wife to my dad, My mum ran into debts because of my dad. And to think he will change as time goes on, he became worse. My mum had no friends because of him. He is now an addicted womanizer  and a drunk. The day he has money, he will eat out and when his money finishes, of course he  has a submissive wife who doesn’t want to break her marriage, he will come back home and be accepted by his wife (my mum).

My mum was acting submissive that she couldn’t stood up for us, before she could stand up, it was already too late and close to her retirement. She had nothing to fall back to because of my dad. My dad has no respect and fear for anybody. He doesn’t fear God.
He married another woman, not quite long, she left my dad because she couldn’t take all the rubbish my mum was taking from my dad.
When I grew to a particular age, I started standing up for myself, when I am hot I try to defend my self when he comes with his troubles , but when people see me talking like that to my dad, they will judge me,  not knowing why I was like that. I have finally left the house because of my job and I thank God for that, but my siblings are still with him. I have made a decision that I will never stoop so low to allow any man treat me like that because they ain’t worth it.
Funny part is, he behaves like a slave to the  rich, yet he treats his family like trash.
The whole attitude from my dad is affecting myself and siblings till date.
I don’t want to go more detailed so I will end here.  😢😢😢😢😢

HOW I HANDLED THE SITUATION
I stopped talking back at my dad and stayed on my lane,  so did my siblings.
I promised myself never to be in my mum’s shoes. Everyone accepted their fate and we have been living like that.

MY ADVISE
Parents should always stand up for their children no matter what.

Now let’s talk
1) How could Ola’s mum have handled the situation and stand for herself and children?
2) What could Ola have done in that situation?
3) Was staying in the marriage the best option?
4) Do you think Ola and her siblings could get over such trauma?
5) What’s kinda children has Ola’s father raised?
6) What advise do you have for Ola? 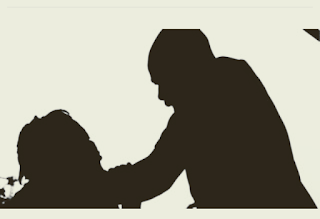