Today on let’s talk, we would hear Dickson’s story, it really caught my attention. 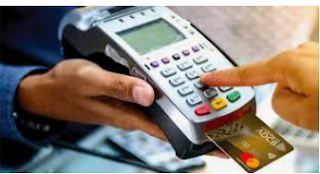 Few weeks into January 2020 , I was having an issue with my laptop ,it was hibernating by itself so I had to check the thermal piece and increase it, I had already planned for everything but didn’t take money along with me from home. I planned to take the PC to the repairer ,then go to withdraw money from a POS agent, I wanted to make sure I pay so my PC won’t stay there till the next day because I had a lot of work to do on it.

As planned, I dropped my system and went to a POS shop and met the lady in charge of the shop. I gave her my ATM card,she inserted it into the POS  machine and handed the machine to me to input my pin. I inputed my but it looked like the network was bad and it hung so it didn’t go through. She gave me the POS machine again to input my pin so she would try it again,  I inputed the pin again for the second time, but she discovered that the paper inside the machine had finished. She said they won’t have debited me. Now, that was the period were there was power outage because the national grid was down. My phone was not with me because I left  it somewhere else to charge so there was no way to verify if I was debited or not.

When I got there, I told the lady that the other time I tried withdrawing through her POS, I was debited. She said it’s not possible. When she saw that I was bent on the fact that I was debited, she had to call her boss, I never knew she wasn’t  the owner of the shop because she was looking big.
When she got in touch with her boss, her boss said that, they were also affected by the power outage and cos of that the phone that was supposed to show the credit alert to know if I was actually debited was down (battery shut down) that I should come back the next day. Me that did not leave my home with sufficient cash 🙆, the way her boss talked coupled with her begging me, I listened to them and went home.

As agreed, I went back there the next day morning at about  9 a.m, I met her boss, seem she was already waiting for me. You won’t believe that the lady was not like the lady that was begging me yesterday , she almost wanted to fight me probably trying to impress her boss. She said , how can you say you were debited when there was no paper in the machine. I asked her , is it the paper that would debit me? I can still be debited without the paper madam. I told her that I was debited after inputting my pin and that’s what the other POS shop I went told me. Moreover  I brought my phone with the debit alert, they confirmed that the address of the POS is same as the POS adress on my debit alert.

Her boss said she will have to call the bank to verify,  she cannot print slip, and the POS machine is bad . The question I asked was; what about the phone that you said you use to receive your crebit alert, is it not available? She said she didn’t come with the phone. At that moment, I was getting frustrated. I took one chair there, sat down and told them, what ever you people like, you should do,   but I  won’t leave here without my money.

Before I knew it, the lady that did the transaction said, it was only once I inputed my pin, why will I say it was twice. I was shocked 😲. She was even asking me if she  was a small girl , still insisting that she did it just once and not twice. She was just doing her  best to provoke me. I was just looking at her, in my mind, when you’re done talking,  you will give me my money 😂

Not quite long, I think they confirmed from the bank that I was actually debited. So her boss asked her to give me my money.

Do you know what the lady said?

She said that before she will give me my money, I should apologize, like I should beg her. I was just staring at this lady. You that is even suppose to apologize to  me for the inconveniences.

For peace to reign, I did what she asked me to do, collected my money and left. I kept wondering. Something just happened that looked simple, but it’s really serious.

HOW I HANDLED THE SITUATION
The only thing I did was politely asked for  my money and sat down.

But am I supposed to apologize to her? No. But I did.

MY ADVISE
To me, she was at fault all through,she shouted at me and even lied. But my point is, should I also misbaehave as she  did?  No.

Always be who you are, don’t let people take the best part away from you.

Now let’s talk,
1) Should Dickson have reacted to her actions?
2) If you were in Dickson’s shoes, what will you do?
3) What advise do you have for Dickson?

My ordeal with a wild dog

Raised by a tyrant

I proved them wrong