FACING MY PASSION
When your passion and dream is thrown away,  When you are at the peak of success and suddenly you fall back to the ground, what will you do?

Today on let’s talk we will be hearing from Godwin on his passion to enter  into the military to fulfill his dreams and pursue his passion.

Few years ago, I applied for an ongoing recruitment into the Nigeria army, Navy and air force. I took the exams and was shortlisted for the Nigerian army and navy. After the exam (Navy) I wrote , we were called  for zonal screening which has to do with medicals which are of different stages. Initially, Navy screening was done in Rivers state but was shifted to Lagos during our time and since then it has been heldbthere.
I had to travel down from my state to Lagos with some other persons who lived in same state as I. We all were so excited about our trip, you know, first experience and trust me it was fun. Everyone reported to the screening venue, before the screening exercise, names of successful candidates were released and all states were splitted into batches  A, B and C which comprised of twelve  and thirteen states respectively.

Before I travelled to Lagos, I had called an uncle of mine to inform him about my movement, he told me he had a friend in the navy who was a lieutenant  commander. He sent me his number, I called the lieutenant, spoke with him and told him when I will be leaving for Lagos. He made  arrangement for where I will stay when I get to Lagos and even after that. So when I finally got to Lagos, I called  the number and a personnel (Soldier) was sent to pick me.
The next day was the deal day, expectations and hopes were high, I mean I had someone there already and I know I  was medically fit but my only challenge then , and were I doubted if I would make it was my height . But then, I saw people who were of same height as I and they were picked which made me become positive.
The exercise began by us being check mate,  after which we were allowed to go inside the premises for the next round. When we got inside, hostels were allocated to us, then mustard to the parade ground for documentation. After the documentation, we were given chest numbers for easy means of identification .  So in every exercise, you won’t have  to be called by your name but your chest number. The whole exercise mentioned above lasted for seven days. Did I forget to mention that if you fail any stage, you are going home?  Like those that had issues with their results during documentation were asked to go home, for the Navy, when ever you are asked to go home, you are given five thousand naira as transportation fare.

After documentation, it was  time for medical which was actually the main deal, the very reason for this exercise,   it takes lot of time because one would need to go through series of test. If you are conversant with military and medicals, you will understand better. The population was high having about a hundred and fifty (150) persons  per state, so you can imagine the population.
After the medical screening, results were called and those that qualified  were asked to run a distance of 3.2 kilometers , those that made it went to the next round and fortunately  for me, I scaled through, I was super excited and happy,  oh my God!  I have made it, that was what I had in my head.

The fact is, if you pass through the medical screening, your chances of going to the training is high, I mean very high, there is almost nothing that can stop you except there is a very large numbers of people who passed the medicals. When the result for medical was called, more than half of the population was dropped, people who had one medical illness or  other abnormalities  ranging from hepatitis B, HIV, pregnant ladies, men and women shorter than the required height, tatooed body, flat foot and many others that I can’t remember were all disqualified which reduced the numbers of persons remaining.

Three months later, the list came out and was listed in Batch A, then I reported for training ( happiness was an understatement). Few days into the training, another documentation was done and  hostels were allocated to us.
During the training, an officer noticed that some persons were shorter than the required height and because of that, we were all screened again especially our heights, during this time we were asked to pull of our shirts and that was where my ordeal Started 😥😥. My height was ok, but they noticed that I have a big navel, they inserted two fingers into my navel, don’t really know what they were checking, but I told them that my navel was not paining me and I was ok. They told me it was left for the doctors to decide if I was ok or not. I was taken to the hospital, the doctor checked and confirmed that it was not ok. I spoke with an officer to know what’s up, he said I should relax and he doesn’t understand what was going on stating that, where I was previously checked, it was confirmed that I was ok but the doctor here was saying otherwise. He told me that they would have to invite another doctor and whatever that doctor says is what will be final. The doctor came, checked and confirmed that I wasn’t ok. My whole world came to a stand still. Oh! 😥 how I wanted this job, the zeal and passion for it.

Why does it have to be here? It was better I failed at the first or second stage, I had finished everything, look at me and my destination, Infact I was already there, why now?. Those were the thoughts running through my mind.

After the training school, I would have become a certified navy Officer. I was pained to my marrow . After my exit from the training school, I fell sick. I travelled to Abuja to stay with my aunt so I could heal. It took a very long time to get over it. I was traumatized. Before my very eyes, batch A passed out, batch B moved in and also passed  out. My friends were among those that passed out, I saw them becoming what they wanted  to be and I have been pushed aside. Till date, some of the people I met in the course of the training are not aware that I never made it out. I must tell you, I am still pained till date because I have seen some of them and they are doing well for themselves.

HOW I HANDLED IT
If I tell you it was easy, I will be deceiving you and fooling myself. I had to cut off friends and families and was just alone with myself. I bought a new sim card just to get it off my mind.
Naturally as a human being, I felt bad. But at a point, I talked to myself, if there is life, then there is hope.
The way I got out of the situation, I can’t tell. I remembered before leaving the training ground, I had spent all I had and was broke. I joined my aunt in Abuja to manage her business with the mind that I will heal with time, atleast that will serve as a distraction for me. I later applied for Immigration and others which still didn’t end well.

I later travelled to Lagos, life was hard for me in Lagos,  I was practically broke. I just told my self, if I don’t die now I won’t die again.

I summoned courage and accepted my fate, hoping for a better tomorrow.

MY ADVISE
Life would definitely throw some challenges at you one way or the other, be strong enough to know that it can happen to anyone.
#Don’t die#
#You can survive it#
#It’s  never the end of the world#

Now let’s talk,
1) Do you think what happened to Godwin is enough for him to cut off from friends and families?
2) If you were Godwin, how would you have handled the situation?
3) What advise do you have for Godwin? 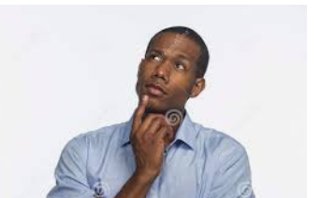