I MADE IT OUT

We may one way or the other have heard of such stories or stories related to this, but most times pay deaf ears and fail to learn from them resulting in us going through same ordeal, some of these victims never made it out.
Today on let’s talk, Mary will be sharing her experience in her past relationship.

One of the experience I can never forget so soon is with my past relationship. It all started on a good note little did I know that I was just deceived and used as a cover up. I love this guy with everything in me but at the end of it all, it resulted to one thing😰😰 broken heart💔.

A cheating, lying and cunning human who pretends alot.He has been cheating and getting away from it anytime he gets caught,  not until when the last occurred and reality dawned on me. (Imagine your lover  trying to cheat on you with your close friend’s younger sister 🤦🏾‍♀🤦🏾‍
Even after being caught this time, he was still denying it, oh! How did I get here? How did I love a person with such degrading character ? Those were the thoughts in my my mind. The most annoying part is, he has a way of putting the blame on others not wanting to own up that he has done wrong.

When I got to know about it from my friend, she told me to make a decision as she will just be there to support my decision and won’t decide for me, I felt pained😡 because  I couldn’t imagine loosing a relationship that I strongly believed  could work out.

I made my choice and decide to walk out of the relationship after I realized that a relationship that’s not built on truth and sincerity can’t work out , even in marriage because marriage isn’t something you can just walk into, it requires alot of patience, tolerance and care to make it work. It wasn’t easy but it’s a choice which I’m glad today I made.

The truth is,  sometimes we wave away alot of truth thinking we can change a man to be honest with you, you can’t change them, forget the handsomeness, once they are into such habit, don’t expect them to change in marriage.
please let’s be careful in choosing, never go into a relationship without using your brain. The foundation of every relationship is trust and communication then other things can follow. A man that will love you for who you are will see the greatness in you.  Go for a man who believes in you and respects you . Thank you. 🤭🤭

HOW I HANDLED THE SITUATION
I saw the warning signs stating that, keeping  such relationship was not healthy. It was a very tough decision for me as it broke me but I walked out of the relationship and I’m glad I did, I gained back my sanity.

MY ADVISE
Please ladies when dating a gentle guy or vice versa, find out alot about him because there could be something hidden behind that gentility😔.

Don’t think marriage can change anyone except the person wants to change on his or her own.

Don’t settle for the less, the best awaits you. 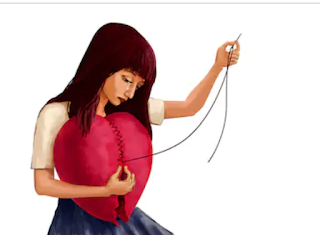