STUCK IN THE RIVER FOR EIGHT HOURS
Today on let’s talk, a young man will be sharing his experience on a river where he went to Work.

HOW I HANDLED THE SITUATION
I did the deeds of one who wants to survive. I had Faith in GOD for extra help while I tried my strength with my friend to get us out.

MY ADVISE
ANYONE IN NEED WOULD BE RESCUED IF HE OR SHE DOESN’T GIVE UP ON GOD. SO DON’T EVER GIVE UP.

Now let’s talk
1) Do you really think it was a miracle that they got saved?
2) Did they really really handled the situation well?
3) Do you agree with his advise?
4) If you were in their shoes, what will you do? 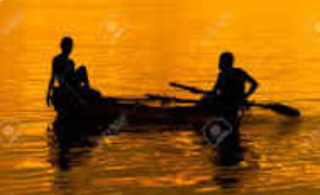