This is reality most people still don’t know actually is real. There are so many reasons victims of rape don’t speak up but today on let’s talk, Esther will show you two reasons why most rape victims don’t speak out through her own story. Not easy to share though but it’s definitely what you may want to hear. She said she has kept it to herself for so long but now she is ready to share so you can learn from it. 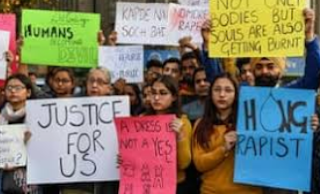 So, it was 2013, when  I and Judith  got admission into one of the higher institutions in Nigeria. She wasn’t really excited (at least as excited as any 18 year old should). I got into school with no expectations; apart from the regular make top grades. The first two to three months was challenging because I didn’t have any accommodation. As luck would have it, I knew a guy who knew a family, so I lived with them off campus. Staying there was so difficult. I wasn’t used to their life style at all. I never ate there one day. They only accommodated me. Pretty much just giving me a place to keep my clothes and sleep. I bought food daily and went home every weekend since it was about an hour drive but I was still thankful. Even though it was a flat, their bathroom wasn’t what I was used to,  so going to the house daily was war.

Now they had a son Joseph . He made my life miserable. He wanted me to pay with sex for my accommodation. I couldn’t stay in the house during the day, and I couldn’t sleep at night. His mom wasn’t encouraging either. He was a spoilt brat.

After about three (3) weeks of classes, I met this amazing friend Susan . We clicked so well. All this while, I kept looking for accommodation but to no avail. She knew about my plight but she had a roomie and her house (off campus) was too tight. Now, after much failed attempt to have sex with me, Joseph told the mom so many lies about me and the mom asked me to leave her house. In fact,  she gave me three(3) days ultimatum to leave her house otherwise, she’ll throw me out. When I told Susan, she told me to come over to her place and we’ll manage not minding the space.

A day before I was suppose to leave, I met a girl from another department  looking for a roomie. So I paid and we started living together. We became best friends. But she was dirty to the core. She would even store used pads for months in the house. I didn’t know this until when I traced why the house was always smelling like a rat died. I was still managing her, but always at Susan’s house. I guess she grew jealous because she started spreading lies about me, that I am a witch and wanted to kill her. It was so bad, that I came home one day, and saw she packed all her things from the house.

When I came, she said I shouldn’t buy anything since she had everything and we could share. So, I didn’t even have a spoon or bed to lie on. She packed completely everything. I didn’t even know she kept the things in our neighbor’s house, and told the landlord to ask me to leave when the rent expires that she still wants to retain the house. I wonder where such hate came from.

After the rent expired, me and Susan, decided to live together. We were the perfect roomies. We were like sisters. The new house was near perfect. The location was perfect. Our lives were perfect. That was when I started to enjoy school. We looked forward to everyday. It was first exam period, and we don’t usually read together cos we will gist and forget our aim. So, I made a new friend and he was good at math. So he was my math and science study buddy even though he was in another department.

on a faithful day, I went to his house. I felt so reluctant and heavy but I knew failing that course wasn’t an option. I got to his place, studied, and fell asleep around 10pm.